When it's time to replace your vehicle's shocks or struts, you'll know it. First, you'll see that the majority of the shock is covered in oil. Second, your vehicle will be loud and bumpy whenever it hits an obstacle on the road. Third, you can do the "bumper test," which is putting weight on the front or rear of your vehicle at the bumper, and then watching what happens when the vehicle rebounds. If the car "bounces," that's usually a good sign you need shocks.

The question is, should you buy a set of cheap after-market shocks and struts, OEM, or something nicer? Here are the pros and cons.

First, Let's Talk About How Shocks (and Struts) Work

Essentially, shocks are hydraulic cylinders that provide resistance. There's a piston inside a shock that moves back and forth in the cylinder. Since the cylinder is full of fluid, the resistance is from the fluid itself flowing thru valves above and below the piston. This animated GIF (made from a video by Monroe Shocks) shows the fluid in brown:

This GIF shows a twin tube design, which is the norm.

What the GIF doesn't show is that the valves that the fluid moves through can be tuned. It's possible to have different valves which are exposed at different points during compression. The rates that these valves flow at can be changed to adjust the performance of the shock. This is called "shock valving," and it is THE key to the proper function of a set of shocks. Good valving makes for good performance. Bad valving? Bad performance.

NOTE: Struts are very similar to shocks, but not quite the same. Struts contain a damping system (just like a shock), but they also have an integrated spring and a very strong structural housing. Most of the time, shocks and struts are similar enough to be talked about in the same way.

When shocks and struts perform well, it's because they're properly tuned. The vehicle handles bumps in the road well, does not "dive" during heavy braking, and does not "roll" during cornering (at least not excessively). Good shocks and struts also don't bounce after a good jolt.

While we're obviously a bit biased, we think that there's no good reason to buy a cheap set of replacement shocks or struts.

When you buy an OEM replacement part, you’re essentially buying the exact same part that was used in your car when it was first assembled. This means that OEM parts have the same quality and reliability that Honda builds into their new vehicles. Generally speaking, this means that OEM parts are the best you can buy in terms of quality.

But OEM shocks and struts aren't just good quality - they're also precisely tuned for your vehicle. Each set of shocks that Honda uses in their vehicles are tuned for that specific vehicle model. OEM shocks for the Honda Odyssey, for example, are tuned for the Honda Odyssey<, null, null, null, null)">Honda Ridgeline - two vehicles that are built on the same platform as the Odyssey - are different. The shocks for the Odyssey, Ridgeline, and Pilot are all similarly sized, but the valving for each shock is different.

This is an important point - the advantage in buying OEM shocks and struts isn't just that they're great quality. It's also that they're tuned for your vehicle.

Premium Aftermarket Shocks Have Their Place

While we definitely want you to buy your OEM replacement shocks and struts from us, it's fair to say that there are some aftermarket shocks you might consider for certain special uses.

If, for example, you're racing or tracking your Honda, a set of performance shocks that are part of a coilover kit are a good investment. Ksport Coilovers, for example, cost between $800 and $3000 a set, but they are specially tuned for performance and will almost certainly improve your Honda's handling. 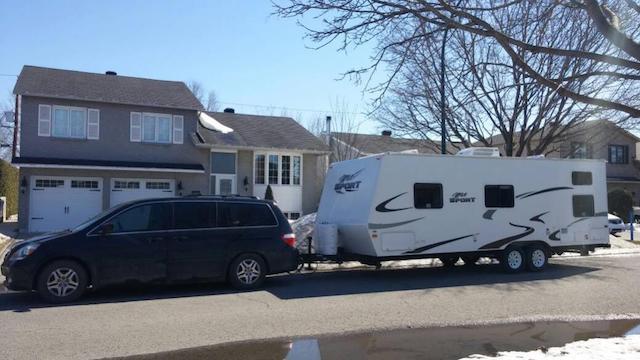 Likewise, if you're doing a lot of towing or off-roading, you might think about investing in a set of dedicated off-road shocks from a company like King Off-Road, or a set of airbags that support your vehicle (a common upgrade for vehicles that do a lot of towing). But for 95% of Honda owners, the OEM shocks and struts are best.

Why OEM Shocks and Struts Are Usually The Best Choice

The choice between OEM and aftermarket shocks and struts typically comes down to quality, cost, and performance.

While there are some specific situations where a Honda owner might want to get non-OEM shocks, 95% of the people that need to replace shocks or struts should go with OEM. OEM shocks and struts perform perfectly for nearly all types of driving, last a long time, and perform better than aftermarket shocks in all but the most extreme situations.

And, when you buy them online, OEM shocks and struts for your Honda are quite affordable too.