Everybody and their mother knows how remarkably innovative Honda is. They’re always rolling out cool new features for their cars and motorcycles. After keeping us at the edge of our seats anticipating what they were going to come up with next, Honda Innovations announced some new jaw-dropping features that are right around the corner.

Check out the latest tech:

In January 2017, Honda unveiled the all-new 2018 Honda Odyssey and it did not disappoint with its cutting-edge technology.

Among its most remarkable features are the CabinWatch, CabinTalk, and CabinControl. All three systems improve connectivity between the driver, the passengers, and the car.

A parent's dream come true, CabinWatch is a monitoring system that includes an ultra wide-angle camera mounted on the roof above the second-row seat and a video image of all the rear seats on the 8" display in the front. You can zoom in or out with two fingers on the display. Even better, the camera is infrared, so you can also see the rear seats at night. It's a great way to keep tabs on a sleeping baby or unruly kids without completely diverting your attention from the road. 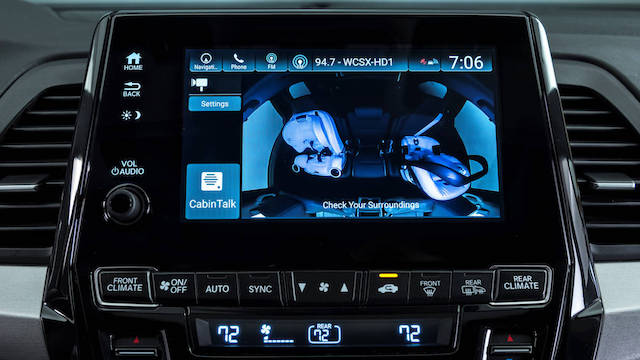 With CabinTalk, gone will be the days when you have to holler, "kids, no fighting or I'll turn the car around!"

2018 Odyssey owners can simply switch on CabinTalk, a PA system, and calmly tell the passengers sitting in the very back of the van to behave. If anyone's using the rear speakers, third-row headset jacks, or infrared headphones, the PA system can interrupt it.

Described as a part of a "whole new 'family connectivity' concept" in Honda's press release about the 2018 Odyssey, CabinControl is something all kinds of drivers and passengers will enjoy. It's a smartphone app that allows you and other passengers to manage the entertainment system and climate settings in the rear of the van. It also lets you send destinations to the navigation system built into the Odyssey. This makes fiddling around with the dashboard controls so 2017! 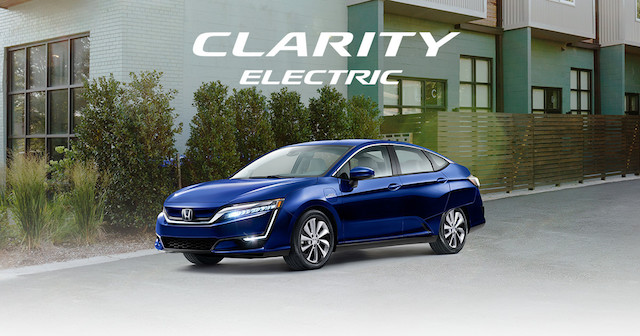 The Plug-In Hybrid runs on a battery, an electric motor, and a combustion engine. So it’s not a fully electric powertrain but still has green advantages over traditional gasoline vehicles. The Clarity Electric, on the other hand, is what you really want to see.

The Clarity Electric, which is Honda's first all-electric car, sports a 25.5 kilowatt-hour lithium-ion battery. It powers the car’s 161 horsepower electric motor and produces 221 lb-ft of torque. You can fully charge the car in less than an hour.

Want to learn more about the Clarity Electric? Read all about it here!

Honda dropped jaws at CES 2017 with their cutting-edge self-balancing motorcycle technology. In fact, it impressed everyone so much that it won three awards at the show. 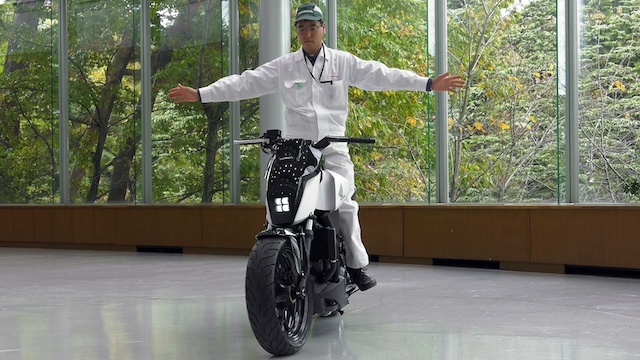 Called Riding Assist, the self-balancing motorcycle was made possible by Honda’s own robotics technology. It slightly adjusts the motorcycle’s front wheel to keep it balanced at any speed, even at a standstill. It also employs the help of Uni-Cab, a moving seat that helps the rider shift his/her body weight better to stop quicker or make tighter turns.

Even seasoned motorcyclists could benefit from this technology, which comes in especially useful at low speeds. Honda spokesperson Sage Marie said that this new technology could pave the way to self-driving motorcycles.

NeuV: An Awesome Concept We Hope Will Come to Fruition

The folks over at Honda are full of great ideas. They’re always working on new innovations, and we caught wind of one we really hope will come to fruition one day: NeuV.

It’s an electric urban self-driving vehicle that can earn you money by driving others around locally when you’re not using it. You can also use it to sell energy back to the electric grid. Honda also wants to equip it with a comprehensive AI assistant that can detect your emotions and use the information to make music recommendations and support your daily driving routine.

Cool, isn’t it? We’re already saving up to get one!