Have you seen Honda’s latest commercial? If not, you’re in for a treat.

Honda wants to show all of us that their stellar service is one of the very few things in this world that have rightfully earned Pompous Albert’s approval. Honda’s Manager of Service Marketing Nick Lee explains that they also wanted to make their ad unique and relatable.

“Pompous Albert's many followers seem to share his skeptical sensibility, so we thought it would be fun to create a visually compelling storyline that was not only relatable but raises awareness about the importance [of] regular maintenance with Genuine Honda Parts and Service," said Lee.

Pompous Albert, the most recent internet-famous cat, has been dubbed the next Grumpy Cat. So what’s he all about and why did Honda pick him to star in their commercial?

Pompous Albert is a Selkirk Rex cat with a pissed off face. Even though he actually has a sweet and laid-back personality, his permanent crotchety face and piercing disapproving eyes have earned him the pompous title that made him famous. Like many distinguished actors, Pompous Albert has a “stage personality”, and everyone’s eating it up. He has nearly 45,000 followers on Facebook, 134,000 followers on Instagram, and these numbers are going nowhere but up. 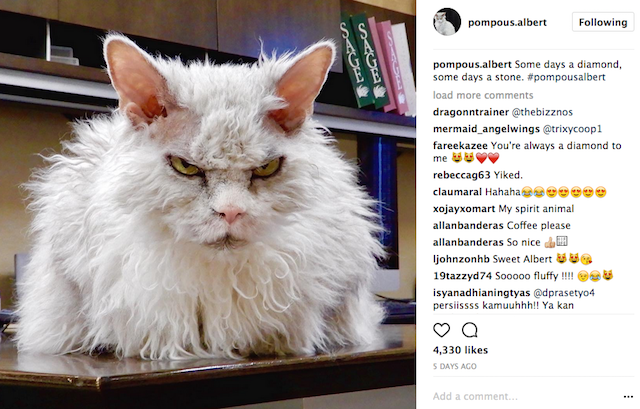 No one knows much about this intriguing kitty and his owner, such as where they live and how many trips around the sun this cat has taken. But we know that the famous cat’s namesake is Albert Einstein (can’t say we’re surprised, given his wild white fur and thick mustache) and he’s a rejected show cat. We’re not sure if the latter is true, though, because who would ever reject that awesome little face?

If it’s true, then Pompous Albert sure is showing ‘em. He has netted several deals, including his very own line of socks. 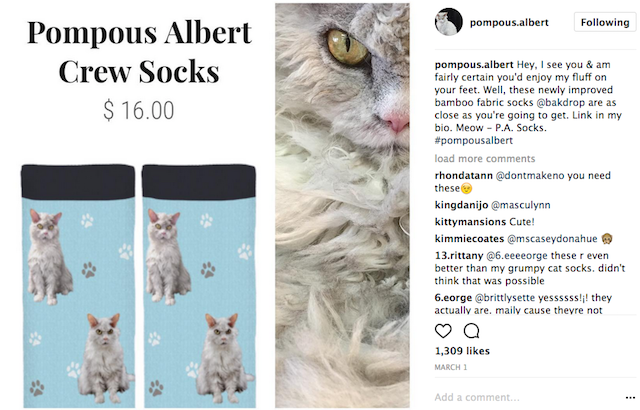 His latest deal? A spokescat contract with Honda. We don’t know if the contract calls for him to star in more commercials, but we’re keeping our eyes peeled and fingers crossed.

So why did Honda select Pompous Albert to be their new star instead of, let’s say, Lil Bub?

It’s because many of us highly value Pompous Albert’s opinion. We yearn for his approval. Anything he disapproves, we disapprove. Anything he approves, we approve. So many of us are under his spell. He’s that powerful. Most of all, we want him to finally look at us with a tiny hint of acceptance and respect. Just a tiny bit. You know, like in this picture: 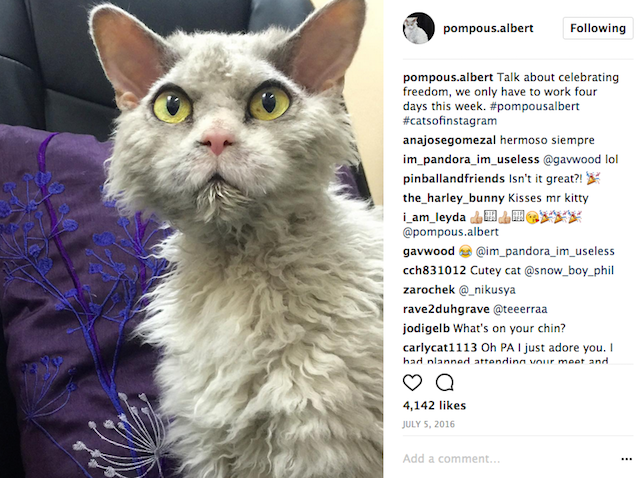 What do you think of Honda's new spokescat? Tell us on Facebook!