If you watched the Indy 500 race last Sunday, you know the last few laps had everyone at the edge of their seats. It was probably the most exciting race we’ve ever watched!

If you missed the race, here’s what happened:

Three-time winner Hélio Castroneves was leading the race seven laps from the finish line. At this point, the race was fairly uneventful because many people expected Castroneves to win. But what happened three laps later sent the crowd wild.

Tokyo-born professional racer Takuma Sato overtook the first place spot with his Honda-powered car and stayed first during the remaining four laps. Even though Castroneves tried his best to regain the first place spot, Sato crossed the finish line first and beat him by a whooping .2011 of a second. 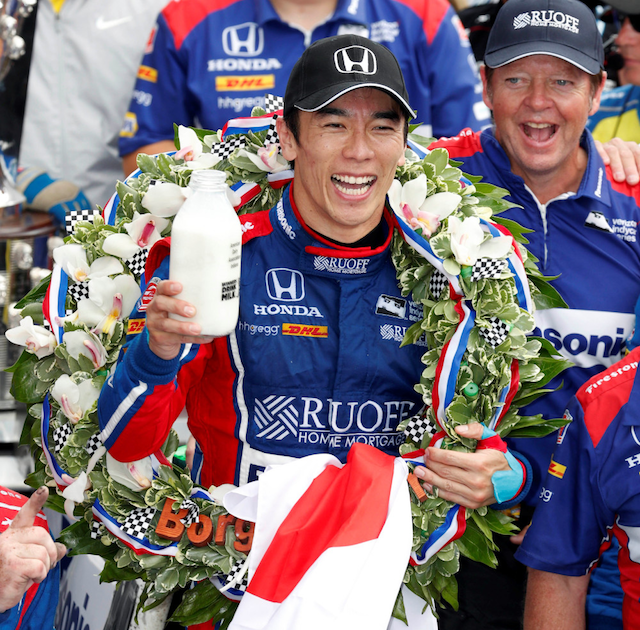 40-year-old Takuma Sato is the first Japanese racer to win the Indy 500.

Even though Sato is an incredibly talented driver, his win still took everyone by surprise. It’s because Honda, the maker of Sato’s racecar's engine, had at least three engines blow during the race, as well as all month long. They received a lot of negative publicity, and no one thought one of Honda’s race cars would come out on top this year.

But here’s the truth: Sato didn’t win despite driving a Honda-powered car. He won because he had Honda power under the hood.

Before the race, Honda offered Sato’s team, Andretti Autosport, an engine that wasn’t as reliable as they had wanted but would offer more power. Andretti Autosport decided to take the risk. And guess what? It worked. That extra horsepower is what gave Sato the push he needed to win first place.

“To win this race,” Honda Motorsports executive T.E. McHale said, “you’ve got to push the envelope.”

Did you watch the race? Let's talk about it on Facebook!