Have you ever seen a Honda S2000 with an LS1 Corvette engine? If not, today’s your lucky day. 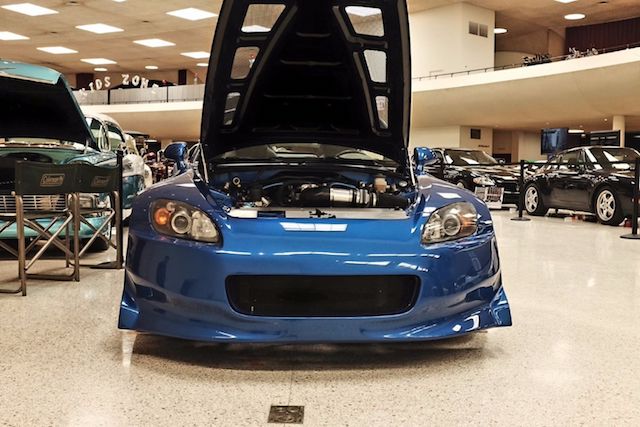 A Wichita, Kansas car enthusiast, who goes by the eBay username xlawx87, bought this 2002 S2000 and slightly transformed it into a Corvette. He’s selling the car on eBay for about $30,000.

S2000s are great cars to begin with. These roadsters pack a mean punch for a model with such an inexpensive price tag. An S2000 drives like a dream, runs on a reliable engine, and offers great mileage for a sports car.

Why anyone would want to tinker around with an S2000 is beyond us, but we find this modified car pretty interesting. Check out this video of the car in action and you’ll see what we mean. 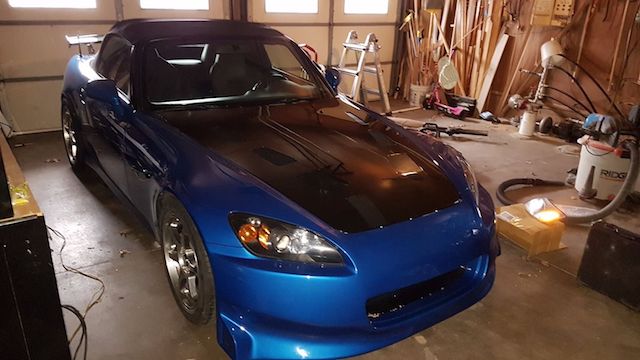 The first thing we noticed was the beautiful Laguna Blue paint on the car. It conveys the seller’s intention to transform the car into an S2000-Corvette hybrid because you can find that paint color only on C7 Corvettes. He also had the hood painted to resemble a carbon fiber design.

The seller’s unusual paint color choice may raise a few eyebrows, but he reported that the paint job gets positive attention everywhere he goes. 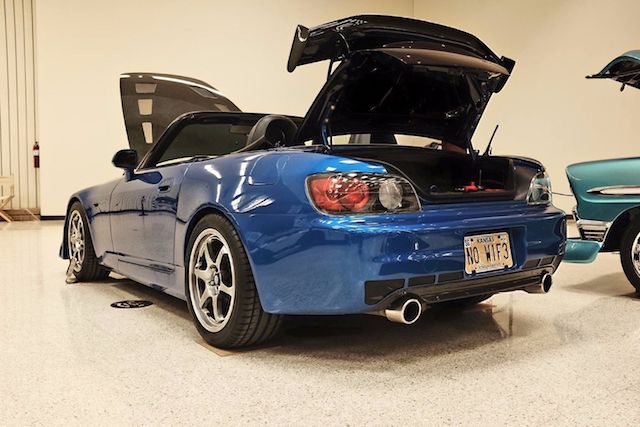 You may notice that the seller had the headlights and taillights sanded and covered in clear coat. The seller opted out of smoking the taillights because he didn’t want any attention from the cops. 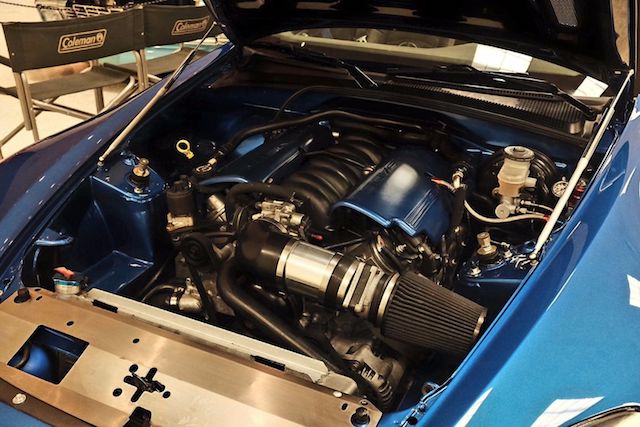 “The sound alone gives me a thumbs up from all types of car enthusiasts,” the seller wrote. “Even bikers.”

It’s no wonder, because this S2000 packs an LS engine that delivers 650 Rwhp.

The seller also had the transmission rebuilt and upgraded, top-of-the-line performance coilovers installed, and the cruise control, A/C, and power steering removed.

As an added bonus, the front of the car sports Vaughn Gittin Jr.’s autograph. 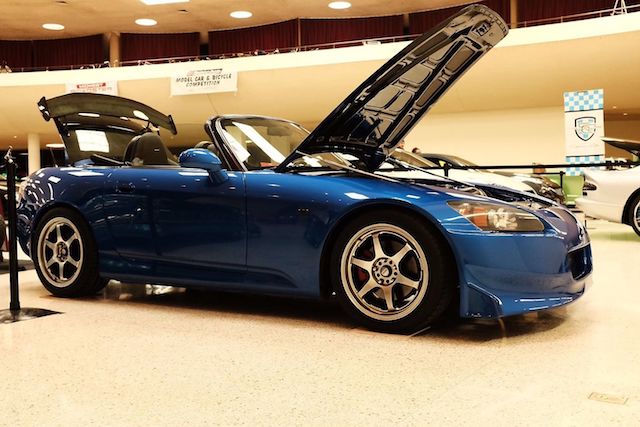 “This car is honestly the best car I’ve ever driven,” the seller wrote. “It has given me a whole new perspective on [the saying] ‘there’s no replacement for displacement.’”

We’ll have to agree that this is a remarkable modded car. Some Honda enthusiasts, on the other hand, may disagree. Like we mentioned earlier, there’s practically nothing wrong with an S2000 straight out of the factory. Some Honda fans believe that taking apart an already finely-engineered S2000 is a crime against humanity. if it ain't broke, don't fix it, right?

What do you think of this car? Chime in on Facebook!