What comes to mind when you think of a Honda CR-X? Certainly not a flashy car with a whole lot of cool, modern features, right? Well, you might change your mind after seeing this heavily modified 1989 CR-X Si. 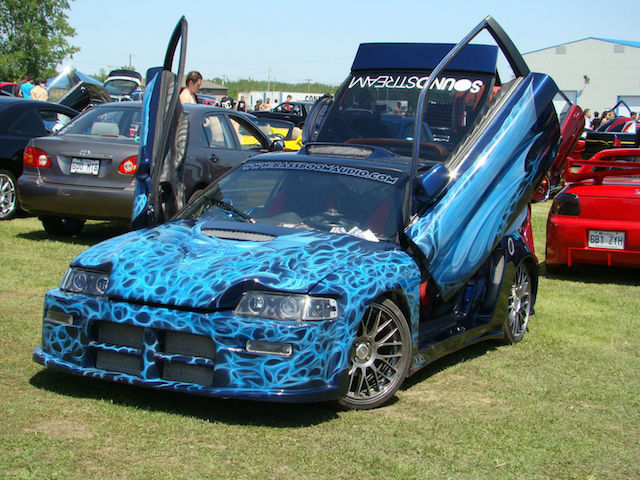 The first thing we noticed about this unique CR-X is that it doesn’t look like it came out of the 80s. Rather, it looks like an early-2000s concept CR-X packed with futuristic features, including remote-controlled Lambo doors. It’s probably because the car has been fitted with a Black Widow wide body kit that basically eliminated the 80s look. 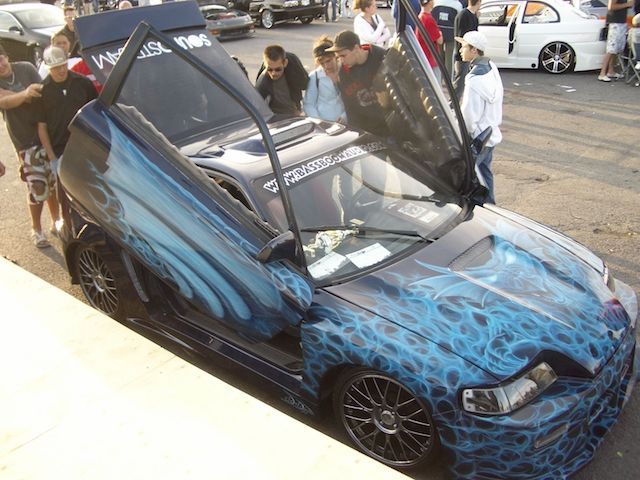 If you showed this car to a person in 1989, they’d marvel over the not-yet-invented sunroof with fake scoop, Xbox installed in the passenger side dash, and back-up camera. 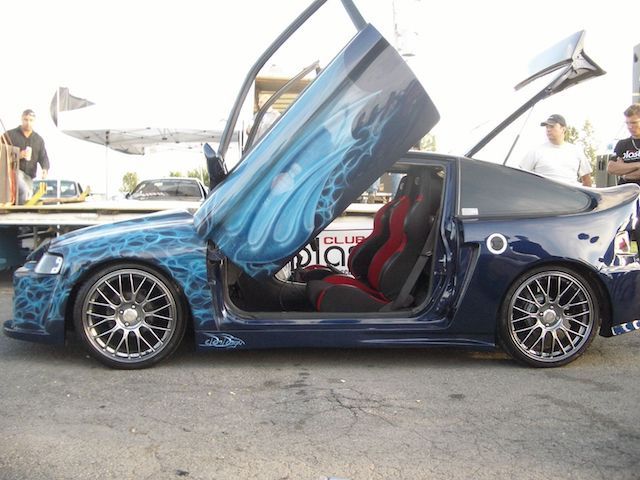 Some of the more subtle modifications include a new 20 Farad capacitor, a rear brake disc conversion, and an adjustable drop.

The detailed airbrushed paint job definitely turns heads on the street and at car shows. The seller wrote that this car won a lot of car show awards, though they weren't specified. 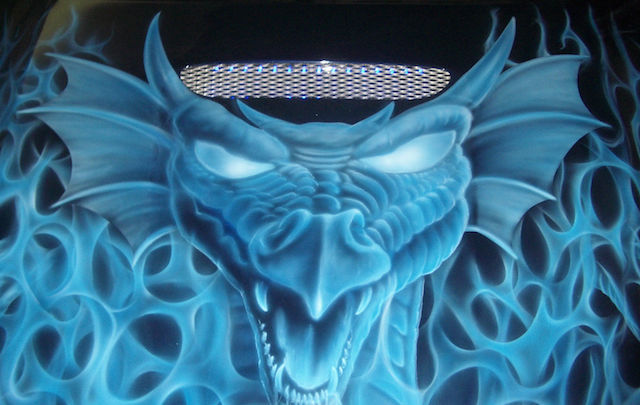 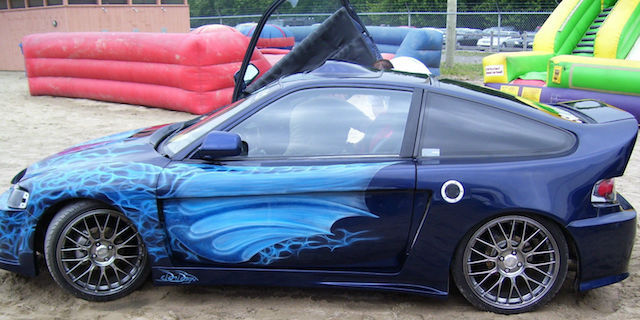 Also turning heads on the street (only at night) are the neon blue underbody LED lights. 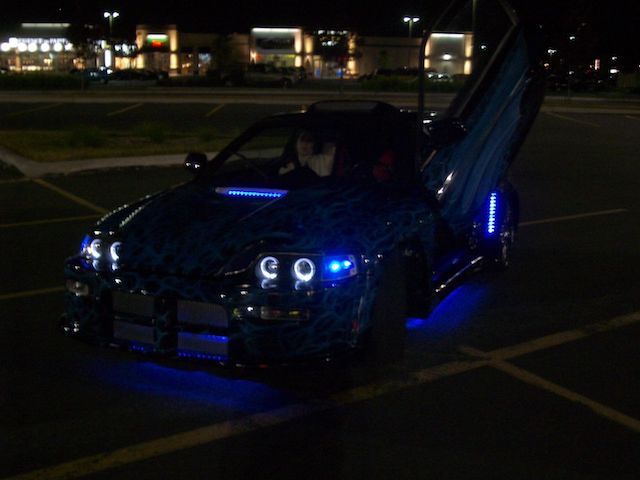 If you can’t see this CR-X coming down the road, you can at least hear it. It's equipped with a Soundstream sound system, including subwoofers, an amplifier, and a radio flip-out screen. 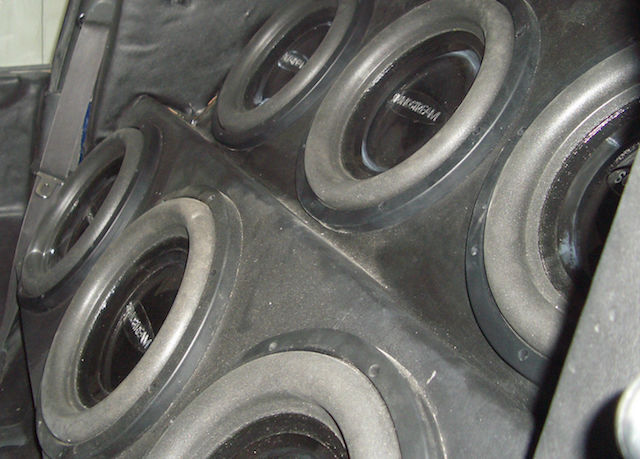 Honda fans, what do you think of this barely recognizable CR-X? We want to hear your thoughts on Facebook!