When you look at a tiny watermelon seed compared to what we buy at the store, it’s hard to comprehend the metamorphic changes that take a tiny black dot to a thriving, fleshy fruit.

You might feel the same way after comparing a 1983 Honda CR-X to the latest CR-Z model. But if you look at the last three decades of Honda’s production, it’s easy to see how we got there. 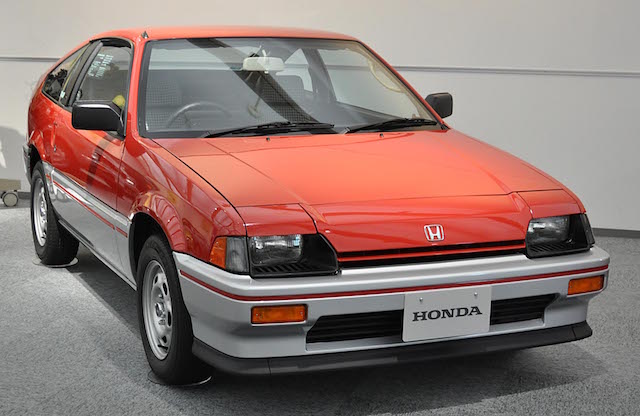 In the same year Ghostbusters hit theaters and the first Macintosh computer went on sale, Honda rolled out the first of a long line of sporty 2-seaters. The year was 1984, and the car was the CR-X.

The car was an instant hit. Its slick, sporty look and direct maneuverability not only made it popular among enthusiasts, but also led Motor Trend to name the CR-X as its Import Car of the Year. At 1,819 lbs, the CR-X was lightweight and led way to an EPA estimated highway mileage of 52 mpg. After the success of 1984, 1985 saw the HF model and the fuel-injected Si model added to the CR-X family.

The second generation CR-X appeared in 1988, featuring the trademark split window and a wider track for increased control and maneuverability. The CR-X stayed in production until 1991 and was one of the first cars to become popular in the import aftermarket landscape.

Front-engined and front wheel drive, the Honda Del Sol was at the front of auto enthusiasts’ minds when it debuted in 1992. And when the VTEC valve-timing system was introduced in 1994, aftermarket buffs snatched up the Del Sol and got to modifying this 160 hp sport compact vehicle. The Del Sol featured a targa top, which was a removable hardtop that was easily stored in the trunk to give it a convertible feel.

The Honda Insight featured something the CR-X and Del Sol both lacked: electricity.

Building off of the CR-X and Del Sol before it, the 2-seat Insight was the first hybrid vehicle sold in America. With a focus on aerodynamics and fuel economy, the Insight featured the Integrated Motor Assist IMI hybrid powertrain—this used an electric motor to act as a starter motor, engine balancer and assist traction motor. This helped maximize fuel economy and minimize emissions.

That’s not to say Honda didn’t give any attention to the Insight’s performance. In 2006 an Insight won five races and the Class A championship in the Formula 1000 Rally and was so dominant it was eventually asked to step down from competition.

The Insight had 2 solid production runs. The first generation ran from 1999 to 2006 and the second from 2008-2014. Marked by its distinctive rear wheel skirts, the Insight was the first affordable hybrid vehicle to grace U.S. shores.

Finally, we get to the Honda CR-Z. With the hybrid technology of the Insight, the handling of the Del Sol and the zip of the CR-X, the CR-Z is a car that was in the making for 27 years.

The goal of the CR-Z was simply stated, and finely executed: To create a fun-to-drive sports car that stuck to the fuel economy standards of its predecessors.

With the CR-Z, Honda once again set the standard for lightweight, nimble vehicles. Featuring a 3-mode drive system and the latest IMA technology, the Honda CR-Z is the result of nearly three decades of smart designs and constant innovation.