When you think of a Honda Civic, what comes to mind? A slightly souped-up car? That's not surprising since Civics are some of the most common modded cars out there given their versatility and low base price tag.

Universe Sound of Las Vegas, however, took this 2001 Honda Civic to the next level by installing an insane stereo system in addition to a bunch of other jaw-dropping custom features. 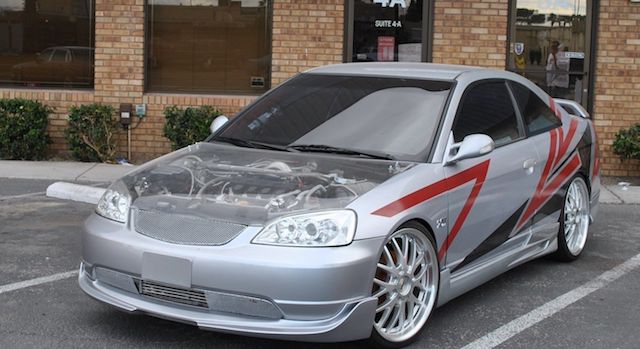 Universe Sound invested at least $50,000 into this car, but now it’s listed on eBay with a starting bidding price of $1,009 and a Buy It Now price of $12,500. The eBay seller, the second owner of this car, is offering it at such a low price because they can no longer keep it.

We envy the lucky buyer who ends up with this incredible deal, especially because it has only 40,000 miles. This 16-year-old Civic has been stored in garages since Universe Sound purchased it brand new. The only time they – as well as the second owner – busted it out was to feature it at car shows.

A Honda Civic in near pristine condition and loaded with custom features for under $13K? Yes, please!

The most prominent feature of this car is the stereo system. Universe Sound and Honda modded this Civic with the sole purpose of showcasing the state-of-the-art sound system at car shows, so of course they went all out. 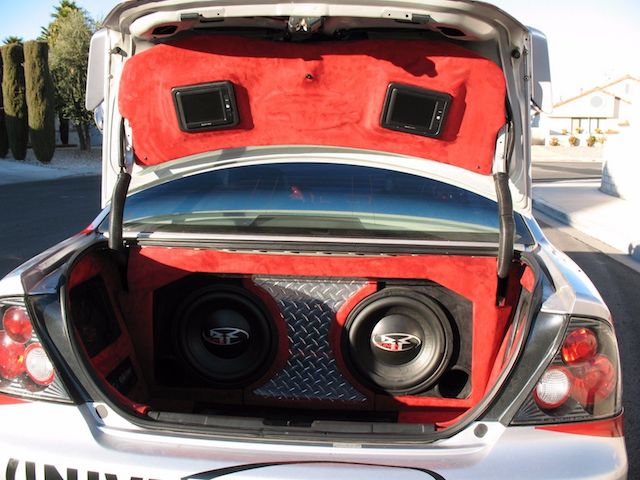 The eBay seller did not go into detail about the stereo system, but they mentioned a loud bass and seven TV and DVD screens all over the car. 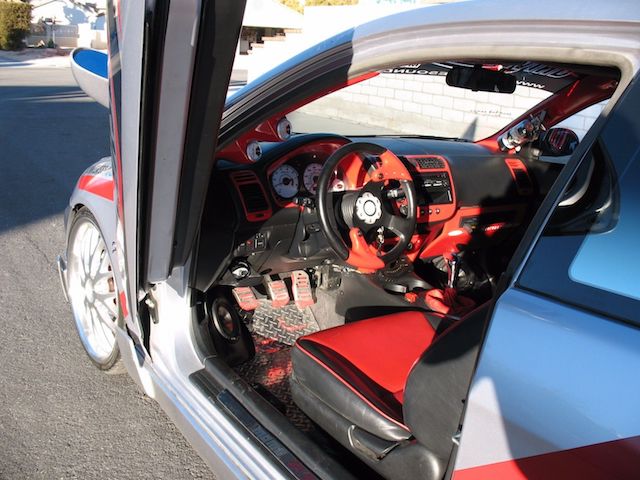 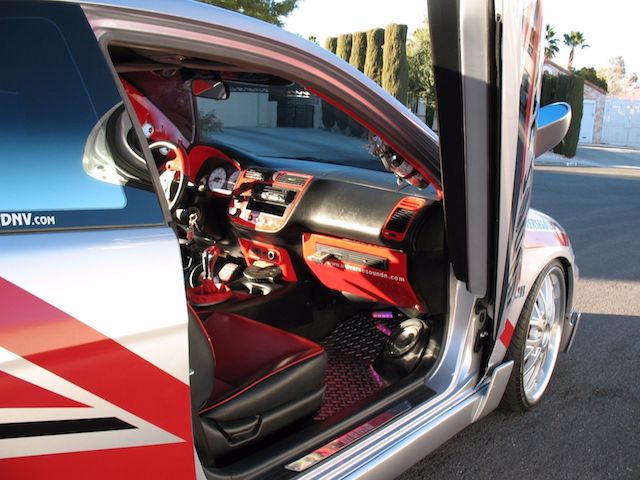 We also spotted a lot of cosmetic changes made to the inside. The standard Honda steering wheel has been swapped out for a performance steering wheel, and the dashboard and seats now have a splash of red.

You'll also see the nitros system, but sadly it's only for show.

One of our favorite mods to this car is the clear Plexiglass hood that allows you to see the turbo engine (with strobe and neon lights) and other parts underneath. 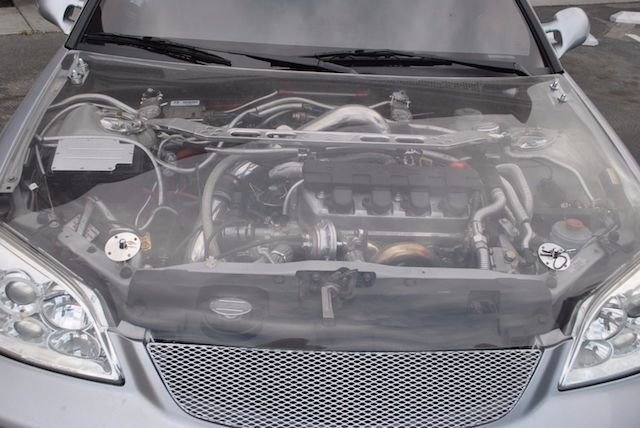 Other notable changes made to the body include red and black decals, headlights and taillights with a strobe system, neon lights under the carriage, and gull wing doors. Everything is finished in chrome, stainless steel, or polished aluminum, and the custom 20” wheels really tie the car together. Anyone worth their salt will figure out at first glance that this is no ordinary Honda Civic. 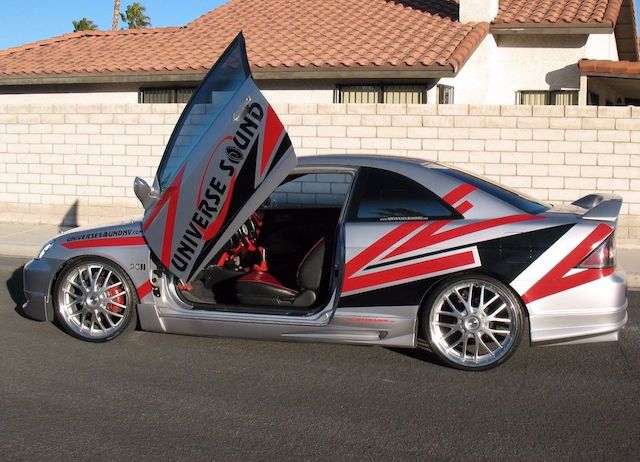 The Universe Sound logo has been removed due to advertising restrictions, but the eBay seller says the paint remains undamaged.

Despite its age, the car will last a long time if properly maintained. Would you buy it? Tell us on Facebook!