When the CR-V first debuted in 1994, its goal was simple: to provide an affordable, compact alternative to the large SUVs that were dominating the market.

It was an immediate hit.

Since the CR-V hit US roads, its renowned drivability and affordability have made it a mainstay in the compact SUV market. And its history takes it from a simple-minded SUV to an affordable yet luxurious best-seller.

What does CR-V Stand For?

What does this Honda’s iconic abbreviation stand for? A lot of people think it means “Civic Recreational Vehicle.” This actually makes a lot of sense considering the CR-V shares a platform with the Civic, and its designer, Kawase Hiroyuki, had a big part in the Civic JDM’s design.

However, what CR-V stands for ultimately depends on where you buy it. If you pick one up in Japan, press information will tell you is stands for “Comfortable Runabout Vehicle.” But in the UK, that changes to “Compact Recreational Vehicle.”

Regardless of where you’re from or what you call it, there’s one universal truth to the CR-V: it has provided a solid, affordable ride for four generations, each improving on the last. 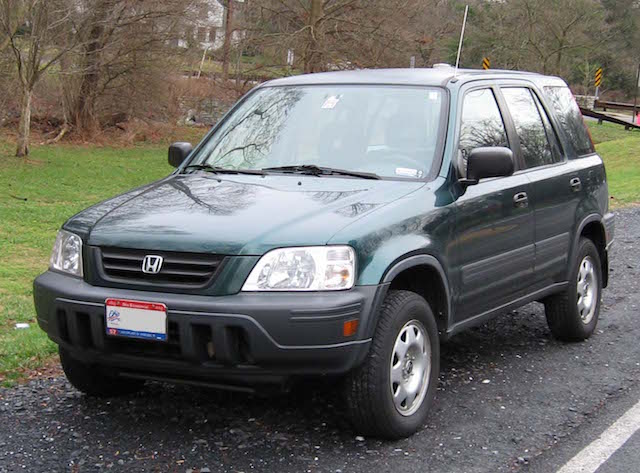 Though the first generation CR-V wasn’t the first crossover, it was certainly one of the most popular. When it first touched US shores in 1997 (it had debuted in Japan 2 years earlier), the CR-V was such an overwhelming success that it eventually caused Honda to drop the similarly sized Passport altogether. That was with only a single trim level (dubbed the LX) and a 2.0L four-cylinder engine boasting 126 hp. Featuring a unibody construction on a four-wheel independent suspension, one of the more popular options of the first few years was Honda’s Real-Time 4WD system. Citing lack of power and performance, Honda upgraded the power plant in 1999, boosting horsepower to 146. 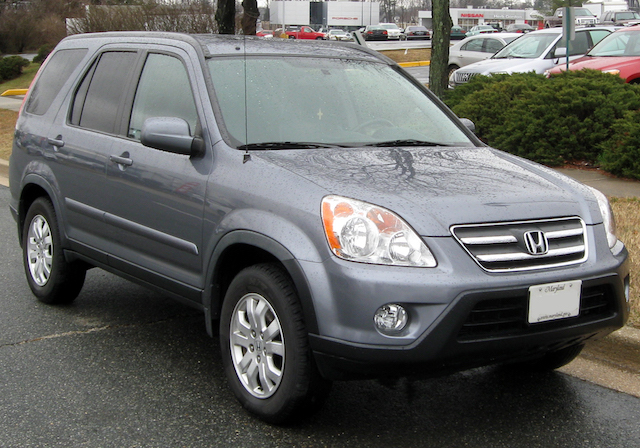 The second generation CR-V was again based on the Civic platform and departed from its boxy frame in favor of a modern, sleek look. The exterior was given a sharper appearance with more angular lines and a shorter nose. Improving on previous performance criticisms, the CR-V now packed a 160 hp 2.4 L four-cylinder engine, giving the CR-V the extra power punch. The new i-VTEC variable timing system in the engine also improved fuel economy and horsepower.

When Honda marketed the first generation CR-V, they targeted it toward small families as a compact, efficient way to haul your kids around. The second generation improved on the interior as much as it did on the engine. Along with more headroom and wider seats, overall cargo space increased from 67.2 cubic feet to 72 cubic feet when the seats were folded down, and the gear and the parking brake selectors were shifted to the instrument panel to allow more storage space on the center console.

In 2005, Honda gave the CR-V a mid-generation tune up with refreshed headlights, taillights, grille, bumpers, and flashy new 16-inch wheels. Safety was also given a boost with a standard state-of-the art safety system that included:

When the third generation CR-V touched ground in 2007, it was already a best seller in the compact SUV category, outpacing the RAV4, Tahoe, and the larger Explorer. But that didn’t stop Honda from improving on the CR-V with a fully independent suspension and a quiet interior cabin. While the exterior was more rigid than the second generation, the CR-V's length decreased 3.1 inches while the width increased by 1.4 inches. On the outside, the most noticeable difference was the spare tire that was moved from the back exterior tailgate to a compartment under the rear floor. A new 166 hp, 2.4L four-cylinder engine allowed the CR-V to have fuel economy numbers of 20/30 mpg. 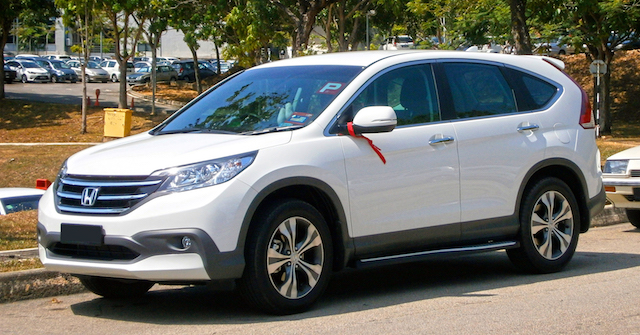 The fourth generation CR-V brought a slew of slick new features as well as a marketing campaign from Ferris Bueller himself.

A new 185 hp 2.4L engine was paired with all-new Real-Time AWD with intelligent control system. Equipped with a 5-speed automatic transmission, the new CR-V has developed a reputation for remaining affordable while providing upscale trimmings including leather seats, Bluetooth and USB audio interfaces, multi-view rearview cameras, security systems, automatically dimming mirrors, and touchscreen navigation. Now available in 5 trimmings—LX, SE, EX, EX-L and Touring—there’s a trim out there for everyone.

One of the criticisms of the CR-V—if you can call them criticisms—is that the compact SUV does a lot of things well, but nothing the best. However, the 2016 CR-V’s stack of awards begs to differ:

The Future of the CR-V

The 5th generation of the CR-V is set to launch for the 2017 model year. Though details are sparse, Auto News reports that the CR-V is up for some major stylistic changes. Regardless of what comes out next year, we're positive it'll replicate the same quality that the CR-V has held for the last 20 years.