Have Hondas changed much over in the last 30 years? In some ways, of course they have! In other ways, not so much. Hondas have always been a driver favorite. They’re known for reliability, fuel economy, and even performance. We compared the 1985 Honda CRX Si to a 2015 Honda Civic Coupe Si in the graphic below. The results are surprising, see for yourself. 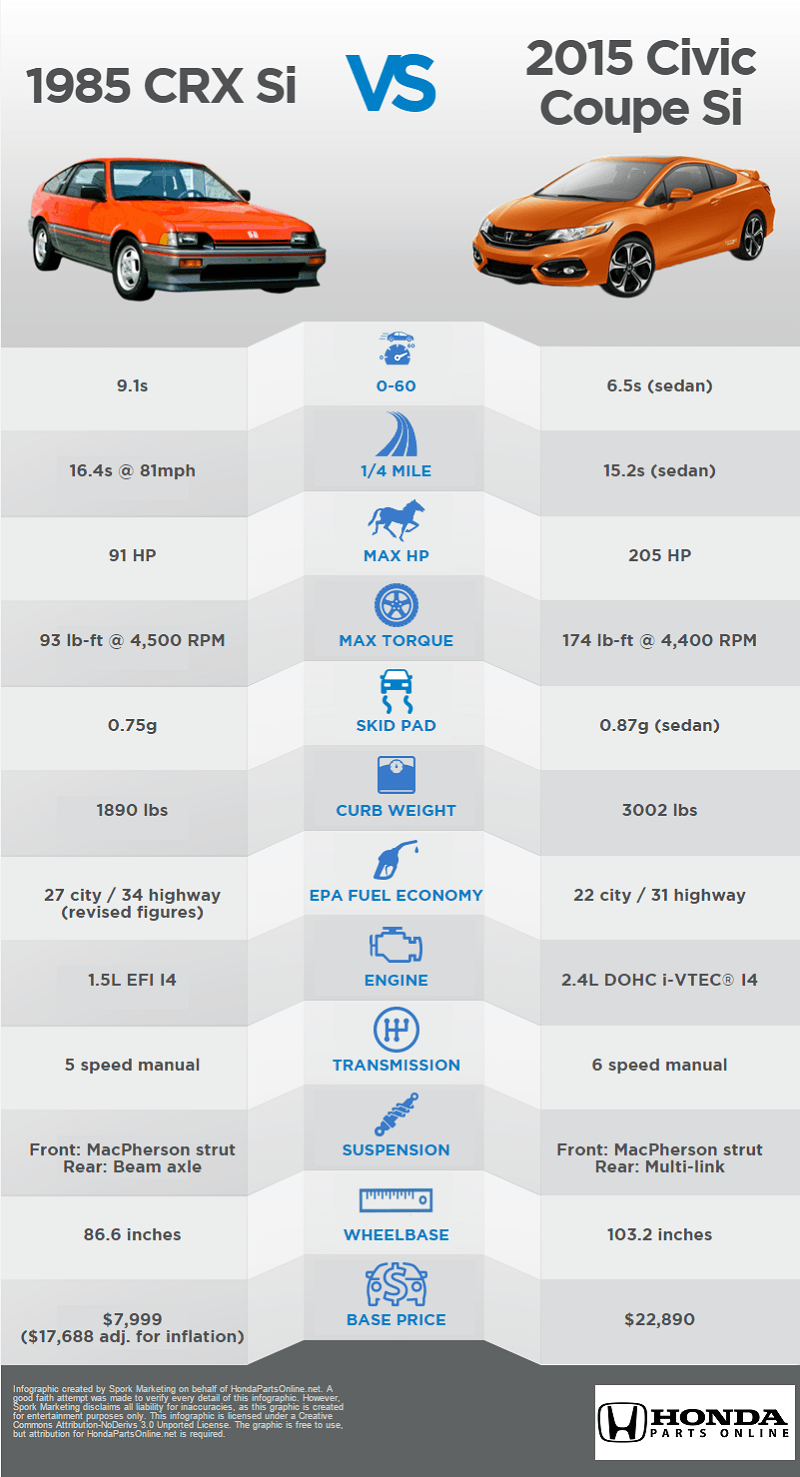 The strongest conclusion to gather is a confusing one. Basically, the performance outcome of Hondas hasn’t changed by much. The modern model nearly doubles the size of the 1986 CRX. On the other hand, the 1985 model had half the horsepower. The result is only a 1.2 second 1/4 mile difference for the older model. Another thing to note is that the CRX would be $5,000 if it were on the market today. To counter that, the CRX is a smaller vehicle that modern drivers may not find much appeal in. The take away is that Honda seems to know how to achieve the same results. They had the outcome nailed down in the 80s, Honda just uses a different formula in 2015.