Before car ads took up prime spots during the Super Bowl and featured an incoherent Matthew McConaughey mumbling about the American dream, most people saw new vehicles in print spots with a lot of Times New Roman.

The Honda Civic was no exception. Take a walk with us down memory lane, and check out these 11 awesome vintage Civic ads: 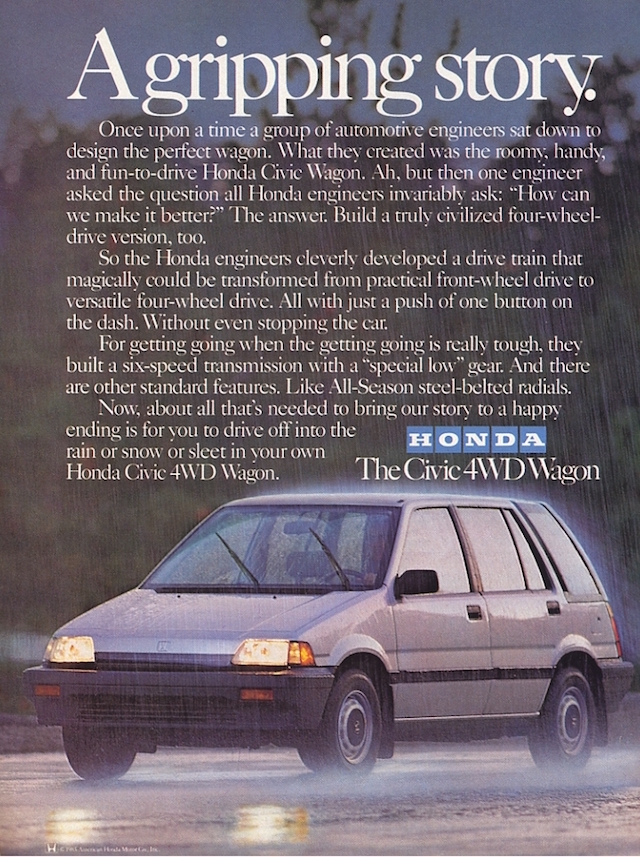 That story had a really happy ending. It may be the perfect bedtime story! 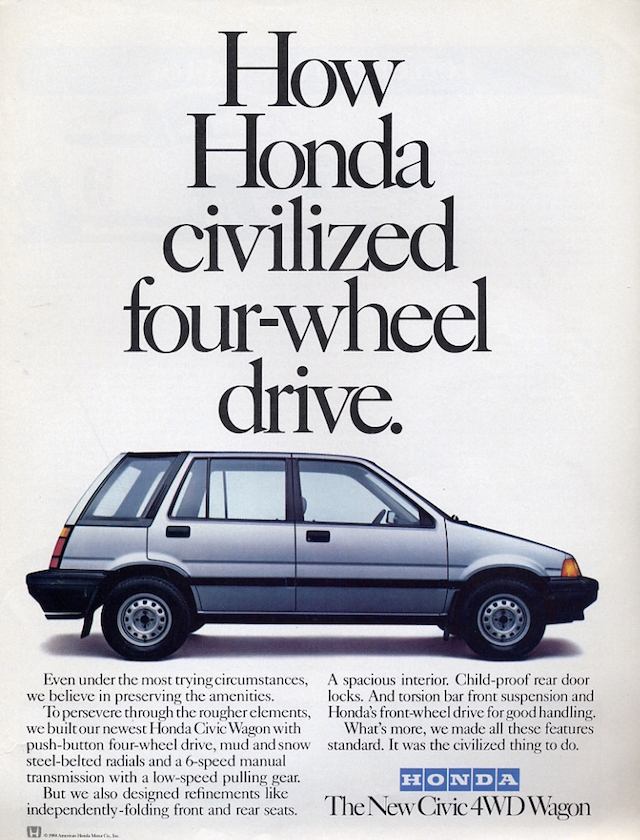 In a world where crossover AWD SUVs reign supreme, 4WD wagons are still somewhat of a rarity. This just shows how ahead of the curve Honda was with their engineering. 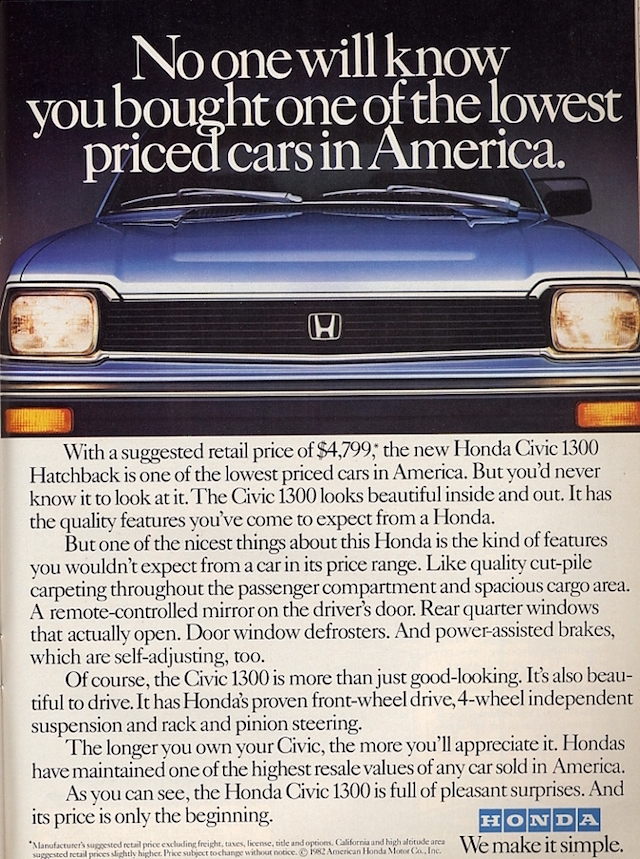 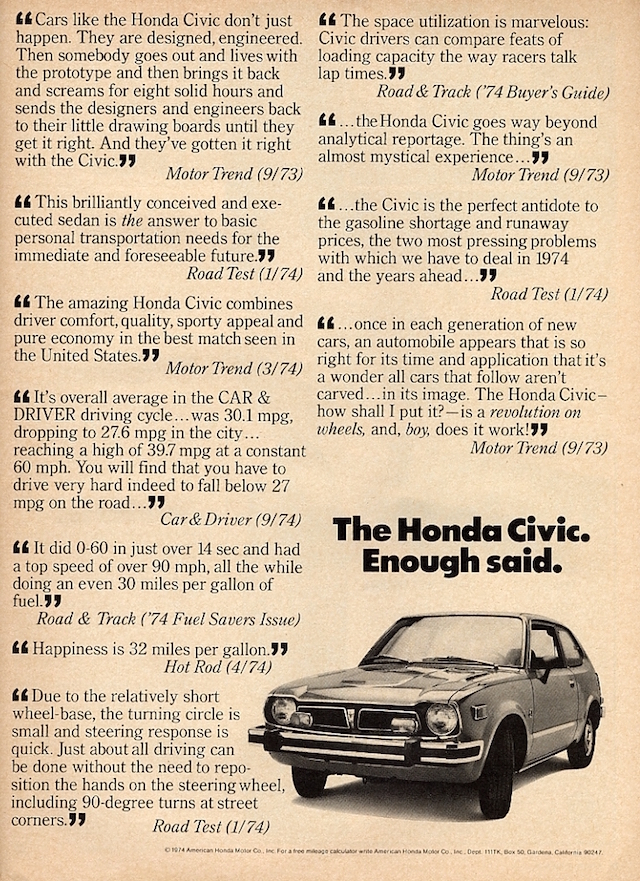 If this ad wasn’t in black and white, that Civic would be blushing from the gushing reviews.

*Sniff sniff* They grow up so fast! I still remember when little Civic was a 2-door. Now look at ‘em - a whole four doors! 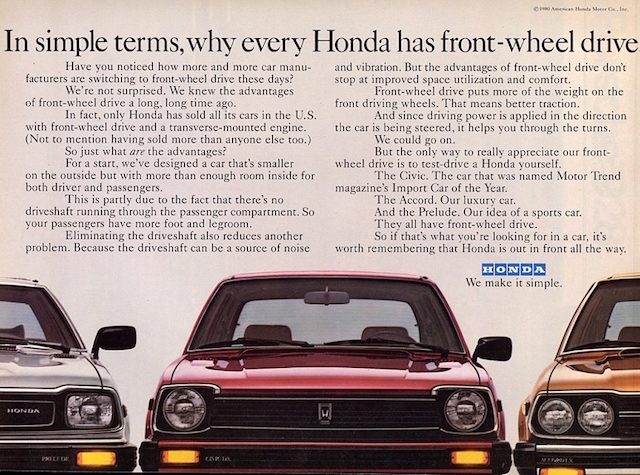 Instead of full-page glossy magazine inserts, car ads used to be educational, going along with Honda’s tagline of “We make it simple.” 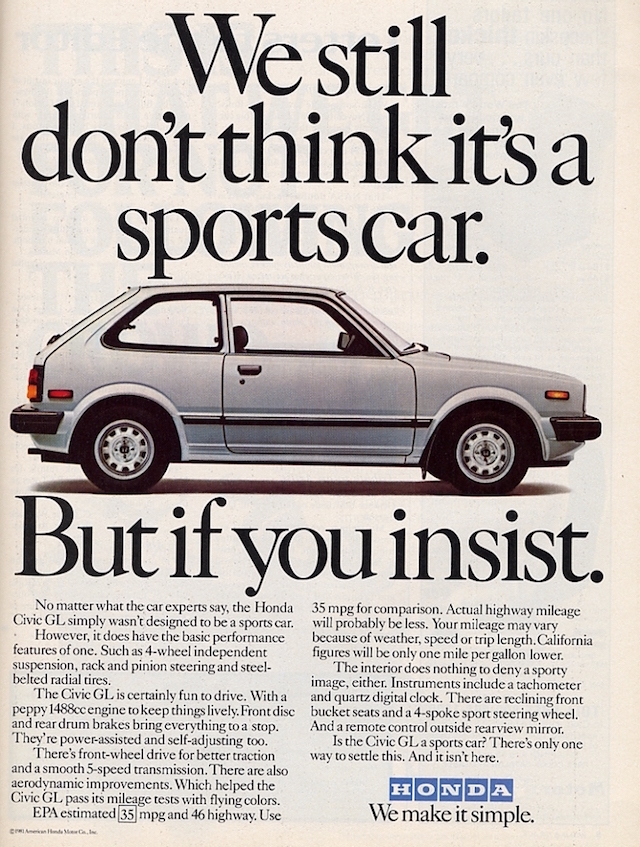 The outline of this 1982 Civic looks more like a hat than a sports car, but we’d still drive it all over town if given the chance. 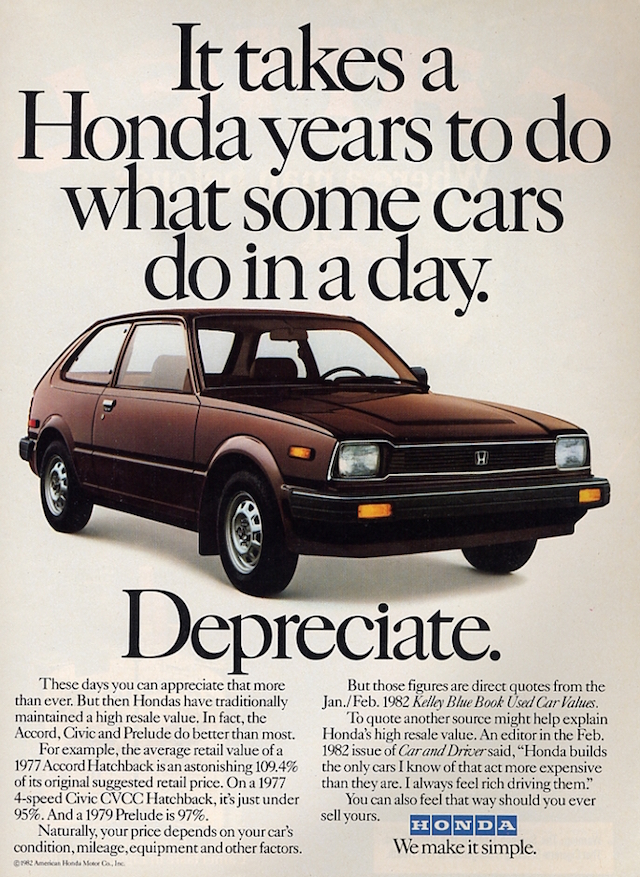 Bar none, this HAS to be the best zinger of any Honda ad. Ever. 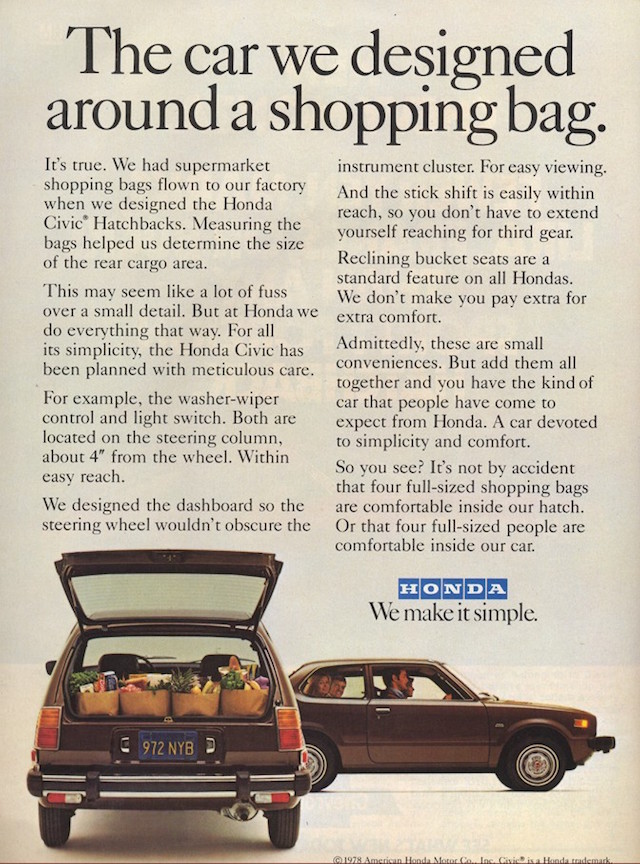 In the 1970s, Honda argued that cargo room shouldn’t be a luxury. This ad shows Honda did sweat the small stuff and went to great lengths to prove their point. 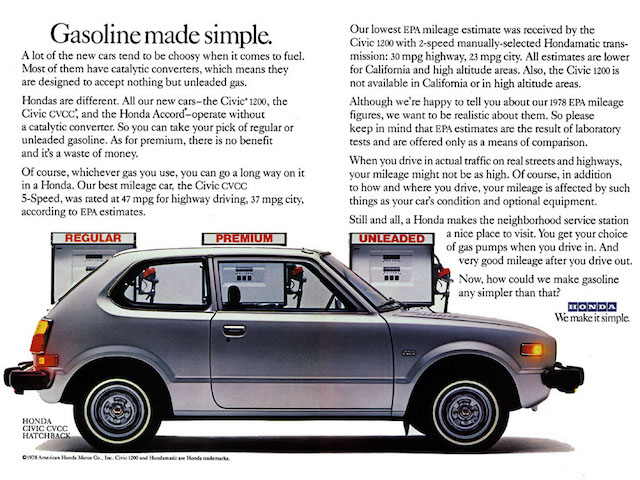 Regular, premium, or unleaded? With a 37/47 fuel economy rating, does it matter? 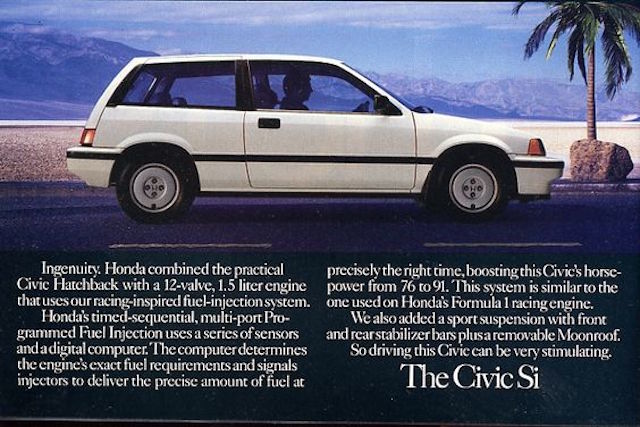 The Civic Si proved that Honda could make a car cool while keeping it practical. Do you agree?